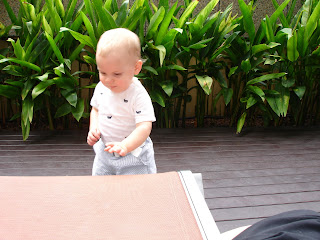 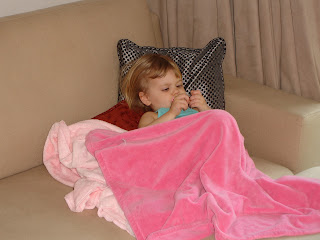 Not feeling better...but, her cough has went from a bark to a dry cough!﻿
Posted by 40 Little Toes at 5:25 PM No comments:

Email ThisBlogThis!Share to TwitterShare to FacebookShare to Pinterest
Labels: Life in Singapore

Kev wasnt sure how much soap to use... 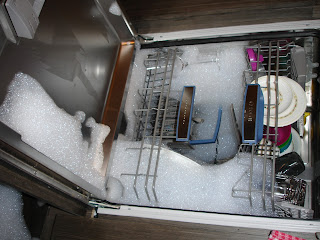 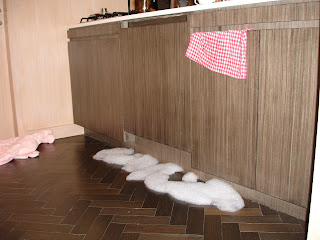 Email ThisBlogThis!Share to TwitterShare to FacebookShare to Pinterest
Labels: Life in Singapore 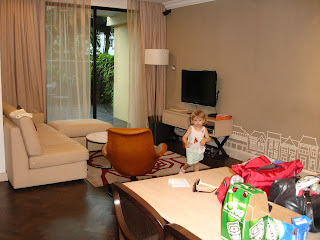 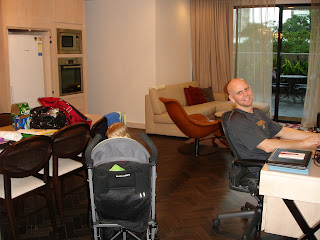 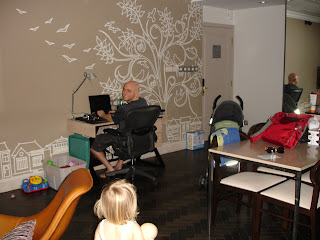 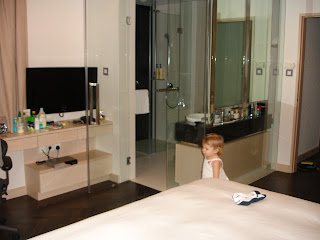 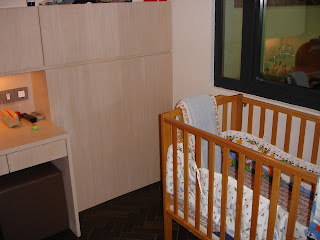 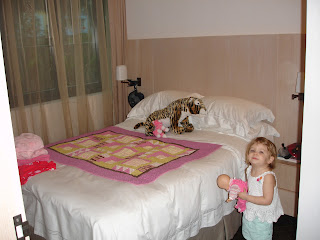 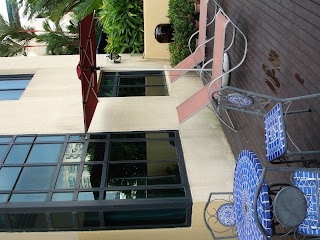 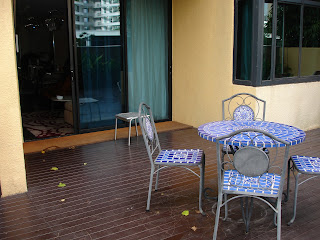 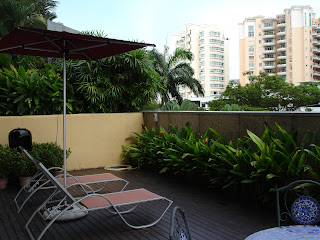 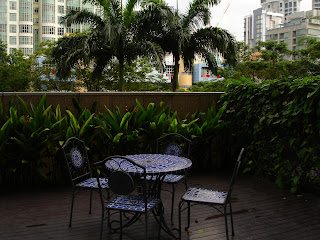 ‎1st hour in the place...at 2am...
me: "Kevin, did you get an electricity adaptor yet?"
Kevin: "no, but there are U.S. outlets in some of the rooms, I have my computer and phone plugged in already."
Amy: "Really?? So, I can plug Riley's nebulizer into the outlet in our bedroom?"
Kevin: "Yes!"
Amy: "but it doesn't fit very well"
Kevin: "here let me do it..."  Suddenly, a LOUD pop and ALL the lights go out...
Amy: "Kevin, it's burning, I can hear something sizzling and smell it smoking!"
Kevin: "Well, unplug it!" "I can't see anything! and I'm holding Riley"﻿
Both kids were sick when we left the US for our big adventure to Singapore.  Riley was getting over pneumonia he had picked up at Wisconsin Dells a couple weeks back and Little Miss M had a nasty bug.  Really hoping the tropics warm temperatures will clear them up.  We try to get them out into the sunshine as much as possible.  But, we found ourselves in search of the pediatrician by our 2nd day on the island.
Makayla diagnosed with Croup and Riley was given another round of anitbiotics to kick the last of the pneumonia and he has more fluid around his ears. 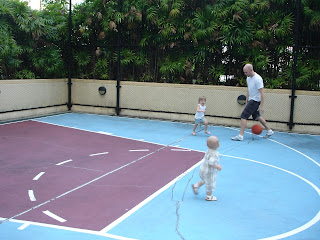 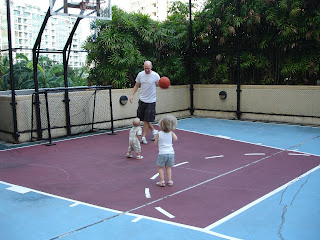 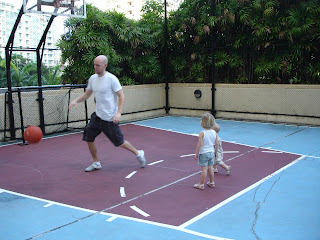 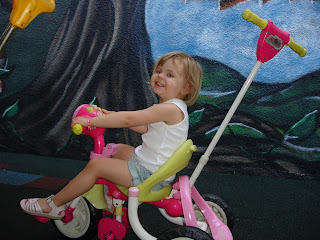 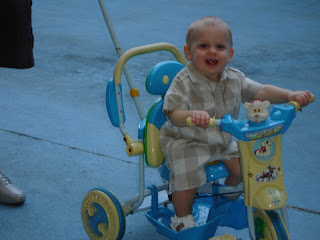 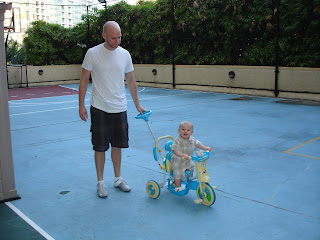 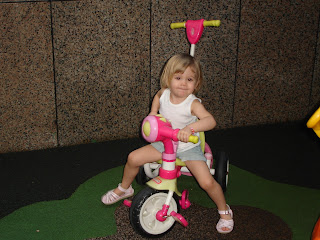 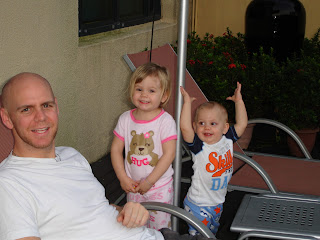 Sitting on our terrace!
We also went for a swim, but I forgot the camera...
Kevin tried to bring us to IKEA for some storage shelves, but his GPS seems to be a bit off, so we never found it.  We'll have to try again another day :-)
Kids did really well on our 23 hour flight! Makayla was an angel, but kept asking why the airplane wasn't flying or moving.  Then when we landed, I think she was really let down! She keeps asking where Singapore is...

Riley was alright on the plane when he was sleeping :-) He only wanted to play on the stairs (which the flight attendants did not appreciate) and run around while awake. He slept for the most part, but also got an upset tummy and threw up a couple times :-(

Makayla has been on the couch most of the first couple days, saying she doesn't feel well and wanted mac n cheese.  So, we had to walk down to the Cold Storage grocery store and luckily found it!
Posted by 40 Little Toes at 9:25 AM 3 comments: