After yesterday's disappointing fish feeding day, we made up for it Kampong Fishin' today!  Little Miss M was so excited when she caught her first fish! 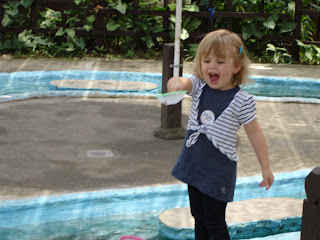 Kampong fishing has become non-existent in Singapore, as the urbanisation has taken over.  Before urbanisation, families lived in 'kampung', meaning village in Malay.  Around the kampung, there were many 'longkangs' (drains in Malay).  The drains here in Asia, are not like the drains we have underground in the U.S.  They are exposed, above ground.
On rainy days, the longkangs would be flooded and fish would be found swimming in them.  The children of the kampung would quickly see the fish, grab a net or usually, empty bottle of some sort and start catching the fish there.  A fun past time, until Singapore became a modern day city and the kampungs were demolished, taking Longkang fishing with them. 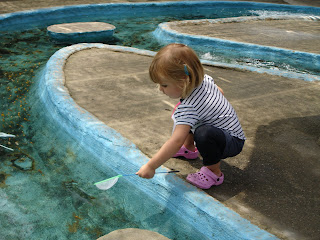 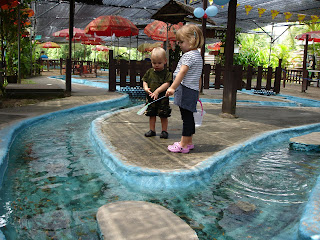 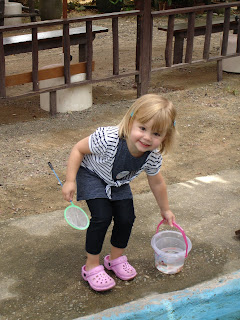 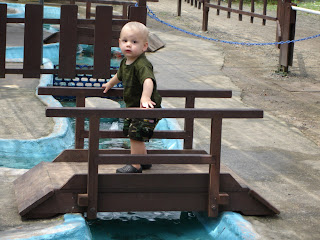 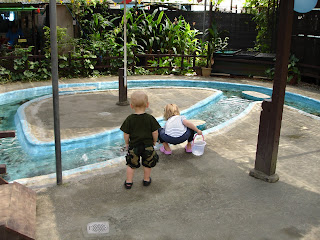 They also were able to feed larger fish, see some ducks, roosters, turtles, bunnies and of course, no day trip is complete, without a treat of ice cream.  Prior to the ice cream, Riley must have been hungry.  He wasn't quite sure if the fish food was for himself to enjoy, or the crazy, splashing fish.  He enjoyed a few pebbles, before trying to hand feed the fish, one pebble at a time.  That didn't go so well for him. So, his big sister tried to teach him how to throw a few pebbles at the fish with one hand. 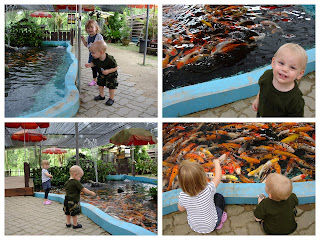 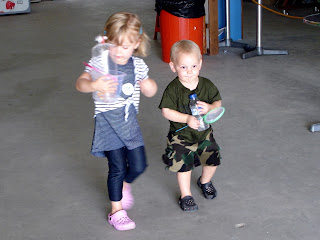 There are a few Kampong Fish Farm's throughout Singapore.  This particular one is called Pasir Ris Kid's Kampong:
http://www.prkidskampong.com/
Another one that caught my eye, Hausmann Marketing Aquarium Fish Farm near Kranji:
http://www.hausmann-aqua.com/
﻿
Posted by 40 Little Toes at 3:09 PM