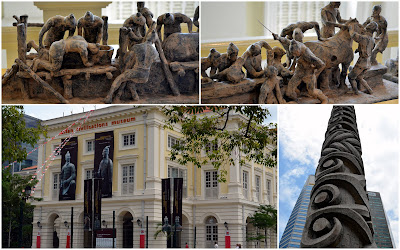 I have been told mixed reviews on the museums of Singapore, some good, most not-so-good, but I have seen advertisements for the Terracotta Warriors The First Emperor & His Legacy special exhibit at the Asian Civilisations Museum near Clark Quay and really found it intriguing.  I have seen movies, but never connected the stories to real life.  It all happened so long ago, it doesn't seem real to me. 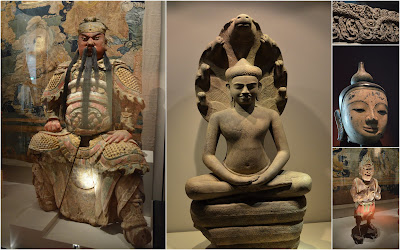 The Terracotta Warriors were only discovered in 1974 and are still being unearthed.  It's pretty amazing to think that these terracotta statues have been buried for nearly 2,200 years.  The First Emperor ordered 700,000 workers to build a terracotta army to guard his after-life and be burried near his tomb around the year 246 BC.

The First Emperor, who lived from 259 to 210 BCE, became King at the ripe age of only 13.  He later united China.  When he died, his dynasty quickly collapsed and the Han Dynasty took power by 202 BCE. Is this for real?!?! People actually DID live that long ago?! I thought it was just a movie made by Hollywood.

The legend of the First Emperor was that he was corrupt, but the discovery of these Terracotta Warriors, near his tomb has made historians reconsider.  The Chinese believe that the dead, should be buried with objects that they needed during life, believing they will still need them in their after-life. They are now finding that along with the 3 pits of about 8,000 terracotta soldiers buried, also being unearthed are real weapons they used, armour made of limestone, and chariots made of bronze, jades ~ AMAZING! Who builds a tomb so substantial, sophisticated and gives himself an entire army for his after-life? 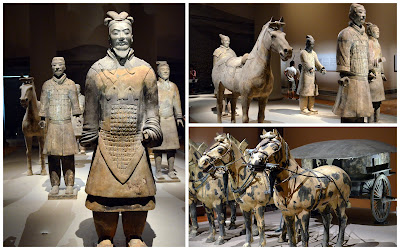 Some of these items are on display at this museum and they look like they could still be used today.  The craftsmanship is so detailed and after 2,000 years of being buried, the artifacts were preserved so well. 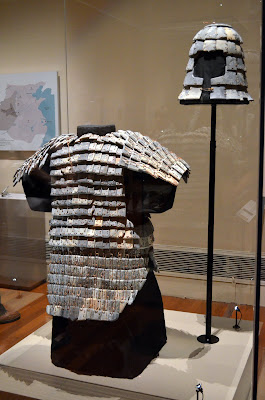 Armour that was unearthed from the tomb 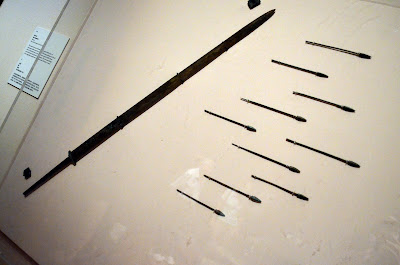 Crossbow arrows unearthed from the tomb﻿.  Look at how small they are!
Did I mention that this was a solo trip and I was actually able to relax, enjoy and read the history as slow as I wanted?! The kids would've gone crazy in this museum!﻿

The First Emperor:
http://en.wikipedia.org/wiki/Qin_Shi_Huang
Posted by 40 Little Toes at 3:52 PM