“No mummy, I want to stay here and play in the indoor playroom all day!”

“No Little Miss M, we are going to the Science Center to see the Shark Exhibit, before it ends on Monday.”

“Sharks! Okay, mummy. Can we go swimming there too?”

“Of course you can! We do live in Singapore and there is a water area for kids everywhere you go.” Including some of the shopping malls. No joke!

So, off we go with our backpack filled with swimsuits, a towel, lots of snacks and our water bottles.  The Science Center is about a 20 minute drive in the Jurong East area.  Without fail, I had 2 sleeping angels in the backseat as we arrived.

But, as soon as we walked up to the front ticket counter and they saw the busloads of school children on field trips and the water park, they perked right up.  I found the facility to be a bit of a maze, with TONS of things to do, touch, see, experience, buttons to push, pots to bang, balls to throw and things to climb ~ PERFECT! 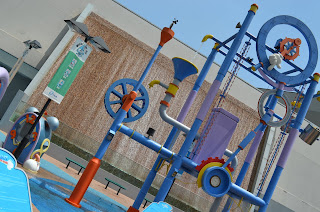 Since we paid extra to see the temporary Shark Exhibit, which included the 3D Planet Shark movie, we hit the movie right away.  The theatre the show is in, reminded me of an old fashion movie theatre with the roll down white screen on stage in front.  The show was….good. Definitely saw sharks and the kids were great through the entire 40-minutes, but we were all ready to go explore by the end.  Riley, wouldn’t wear his 3D glasses, so he was probably a little sick at the end from watching a blurry 40-minute show!  The rest of the exhibit was full of different types of sharks! and clips from the old movie JAWS! 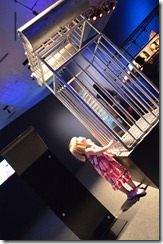 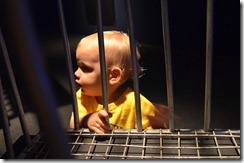 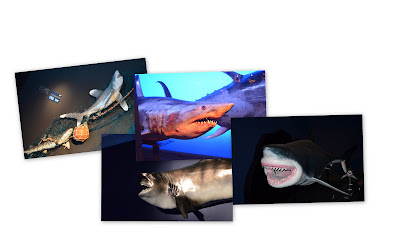 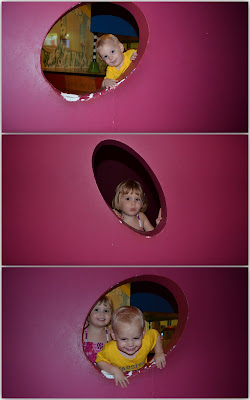 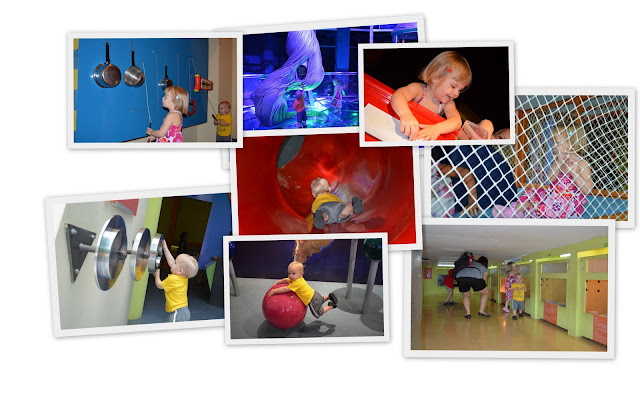 Little Miss M thought it was best to tell her brother to run through the water with his eyes closed, so he didn’t get water in them…that, didn’t go so well for him: 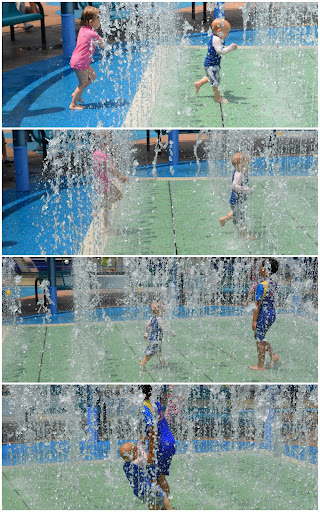 The Shark Exhibit ends next week.  On our way out to the car, the new featured exhibit was being revealed ~ Dinosaur's!  We will be back for you Dinosaur's!﻿
Posted by 40 Little Toes at 5:58 PM