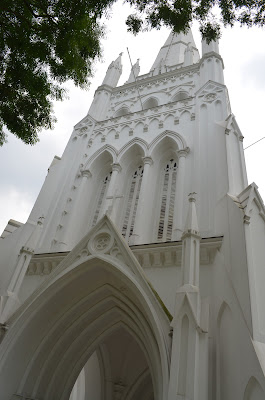 We have driven and walked by this magnificent cathedral several times, since our arrival in Singapore, but haven't had the time to explore it, until today.  Perched in the center of the city, with views of sky scrapers, Marina Sands, the durian shaped Esplanade, this cathedral looks a little out of place and very intriguing historically.
Built and opened in the 1830's, St. Andrew's church didn't become the Cathedral of the Diocese of Labuan and Sarawak until 1870.  In 1942, it was used as an emergency hospital before Singapore surrendered to Japan and by 1973, it was dedicated as a National Monument.﻿ 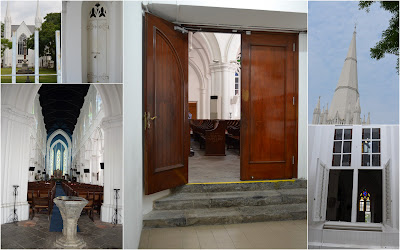 Holding weekly services in English, Mandarin, Tagalog, Cantonese, ﻿Bahasa Indonesia and Myanmar, this diocese is very well rounded and open to the public.
"1856 WAS A TURNING POINT FOR THE ANGLICAN CHURCH IN SINGAPORE. It was the year when it began the all important task of changing from being a British Christian community to a church that would seriously take the Gospel of the Lord Jesus Christ to Asians who were flocking to Singapore seeking a livelihood." (From the Cathedral website http://www.livingstreams.org.sg ).
Today's religion is mixed in Singapore, but the most followed religion is Buddhism. Followed by Christianity, Islam, Taoism and Hinduism. 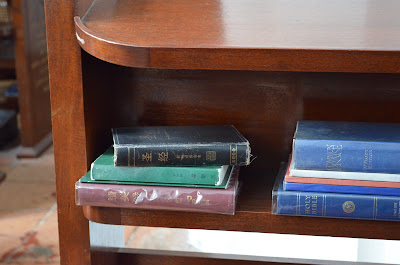