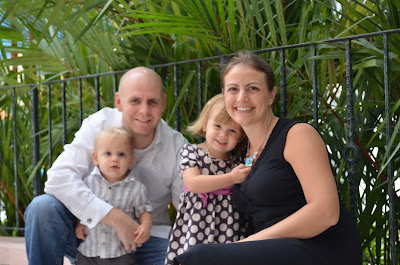 On our terrace before we left for dinner and the show.
We went to see Disney Live at the impressive Marina Bay Theatre over the weekend.  The facility offered complimentary booster seats for the kids and we took full advantage of them.  Even though, Riley preferred Kevin's lap.  It was a rainy day outside, but we still managed to get out to eat at the Pizza Bar in Marina Bay area before the show at 6:45pm.  Great pizza, beer and view. 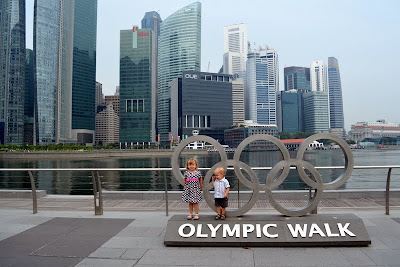 Our first mistake was thinking 6:45pm show start wasn't too late for the kids.  Our plan was to make sure they took a good nap that afternoon.  At the time, we thought dinner before the show was a great idea ~ what were we thinking!? 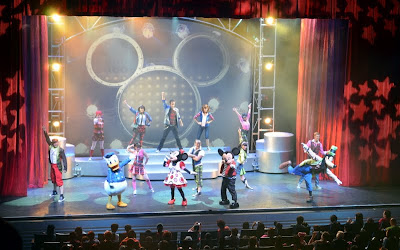 They were completely fascinated with the show once it started, but Makayla was asleep before intermission and the show was only a 90-minute show!  Riley rallied, but crashed as soon as we walked in the door.  Needless to say, it was easier to find a taxi leaving half way through the show, rather than with the crowd at the end, especially with the rain.  However, 4 tickets at $70 each plus GST...we will remember not to book an evening show again in the future! 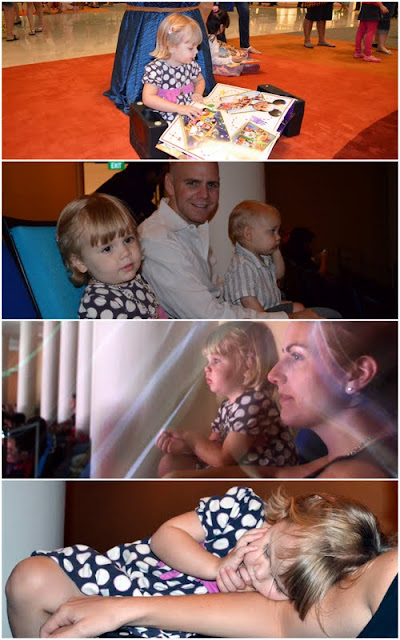 Of course she woke up as soon as we arrived home and wanted to know where Pluto and Pete were.  The only two Disney characters from the Mickey Mouse Clubhouse that didn't make an appearance, before we left. 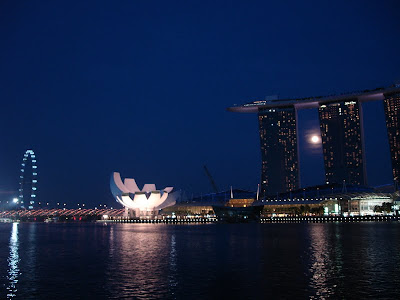