It's been awhile, since we've left Singapore as a family.  There are a several easy weekend escapes from the Little Red Dot, but few by car.  As far as I know, Malaysia is the only option for leaving the island by car.  So, we headed out for Melaka (Malacca), Malaysia. 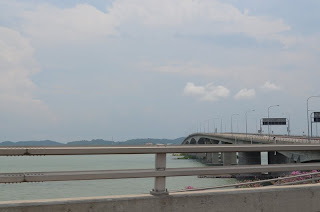 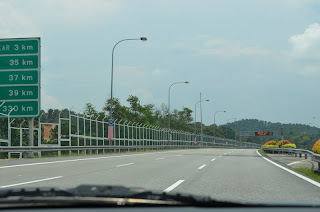 It was an easy drive through the Tuas Checkpoint.  The checkpoint itself added about 45 minutes to the drive time, but from there it was a quick 2 hours.  I hadn't been able to identify where to pick-up the Immigration applications before arriving at the checkpoint by car, so I had Kevin get a few extras from his recent business trip by air.  The airline was willing to give him as many as he wanted.  I have been informed that you can pick the Immigration cards up at the drive-through checkpoint, but you hold up traffic and have to walk through the traffic to retrieve them ~ no thanks!


Singapore's law requires that every Singaporean-registered vehicle leaving Singapore must have at least a three-quarter-full petrol tank, due to the fact that the Singapore Government wanted to discourage Singaporeans from going over to Johor simply to buy cheaper gas. Foreign-registered cars are exempted from this requirement.  Prepared for this law, we had a full tank of gas and plenty of money on our Singapore Toll Card.

We also knew that we needed to top-up our Malaysia toll-card, but didn't come prepared with Malaysian Ringgits.  The tolls on the Malaysian side accepts Singapore dollars, but they don't convert the 3:1 difference.  We owed $10 Ringgits, they took S$10, but we received no change. Next time, we will have some Ringgits in the car.

The drive was beautiful.  As soon as we crossed the bridge it felt like we were in a new place.  The roads winding through the small mountains of Palm trees were so fun to see the entire drive.  The country is apparently, full of Palm Oil farms that make the country side so lush. 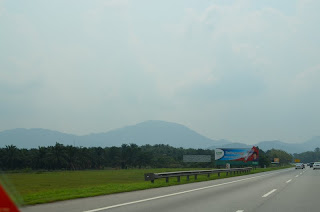 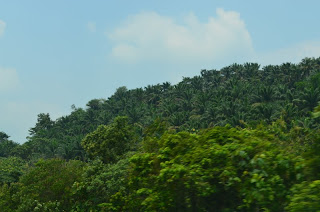 The speed limit is posted at 110 km, but cars were speeding past us at 130 km.  We saw a few accidents along the way that proved the carelessness and every vehicle involved was completely wrecked.  Wrapped around barriers, highway signs and trees.  People do not move for emergency vehicles, so I can't imagine the arrival time of the emergency help vehicles was very efficient. 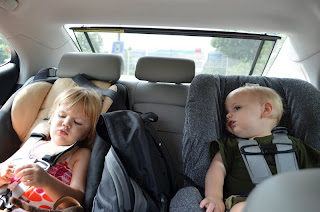 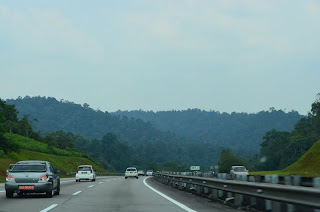