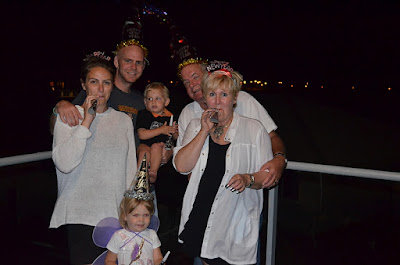 Bringing in the new year with a wonderful group of people.
We are bringing in 2012 from Whitianga, New Zealand.  We have so much to be thankful for and keep some amazing memories from a whirlwind of a year 2011.

January 2011 started with Kev starting his new job in Singapore.  He jetted off within the first few days of the year and wouldn't return for a few weeks.  Leaving me, to organize the household.  Packing, selling off our cars, renting the house out, applying for passports and getting rid of baby supplies we had no reason to store for 2-years.

Riley's first birthday, saying so many emotional "see-ya-later"s and by the end of February, we were trying to breathe again in Asia.  We started traveling nearly right away, with a huge list of places to see in such a short amount of time.  We have seen some fabulous countries and met wonderful friends from all over the world.

The kids have grown so much! Physically and socially.  Riley has spent half of his life in Asia ~ I never would have imagined that our children would have so many opportunities at such a young age.  I hope they remember some of them.  If not, we still know they are learning heaps from it all. 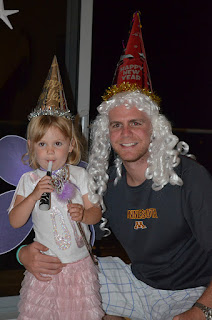 Moving to Singapore, we really had no idea what to expect and really didn't have time to stop and think about it before arriving. The first month was difficult for me to adapt and get everything settled, but I haven't looked back since. We absolutely love being here and experiencing every single day we have been given. The kids love meeting new friends and I am now able to pretend I understand all of the different accents from people moving through.

I never imagined that there are so many people moving around the world so often. I really have fallen in love with the lifestyle!

Looking forward to the experiences 2012 brings us!  Happy New Year! 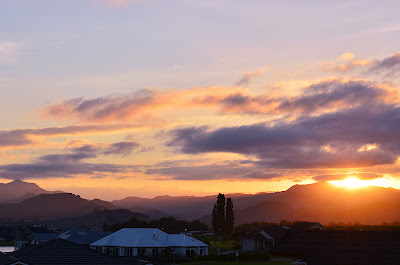